Millions of health care workers are slated to receive the first batch of potentially lifesaving COVID-19 vaccines by the end of this month. But not all of them want to be first in line. 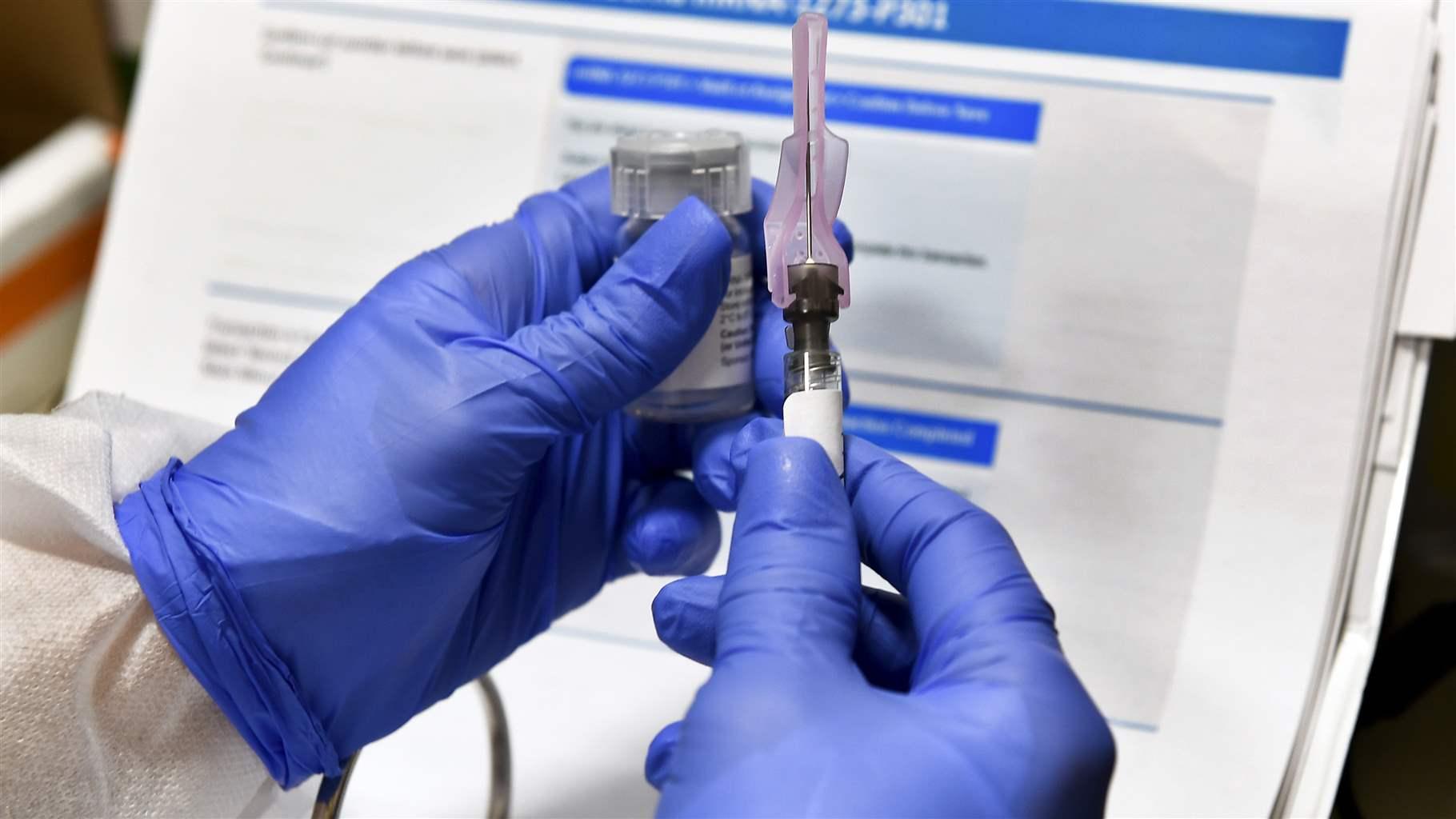 Only one-third of a panel of 13,000 nurses said they would voluntarily take a vaccine, another third said they wouldn’t and the rest said they were unsure, according to a late October survey by the American Nurses Association.

In a telephone interview, Nina Siegrist, a registered nurse with Hospice of the Piedmont in Charlottesville, Virginia, said she wasn’t at all eager to get a COVID-19 vaccination.

“I actually even hate getting a flu shot, but I’ve had to get one every year since I became a nurse. Where I stand is that if my medical director says, ‘Listen, all hospice clinicians are going to get vaccinated,’ then I’ll get vaccinated. But I definitely want to read the details on the clinical trials first.”

If nurses and other health care professionals continue to shy away from the shots, some hospitals and clinics say they’ll require employees to get vaccinated if they want to keep their jobs.

But physicians and public health officials interviewed by Stateline predicted that won’t be necessary.

“Some health care professionals may not necessarily want to be the first to roll up their sleeves,” said Dr. Georges Benjamin, executive director of the American Public Health Association. “But eventually, and very quickly, I think they’ll come around.”

Benjamin said that when his time comes to get a shot, he’ll do it, with the caveat that he first wants to read the soon-to-be-released details on the clinical trials.

Dr. Susan Bailey, president of the American Medical Association, said she was confident the nation’s doctors would voluntarily sign up for a shot once they get access to the clinical data. “As physicians we look to the science and the evidence when we make any type of medical decision. Physicians need to see that evidence before they can decide. But I’m very confident that once they do see the data, the uptake in the physician population will be very rapid.”

Pfizer, the first manufacturer slated to receive emergency use authorization from the U.S. Food and Drug Administration, has committed to delivering 35 million to 40 million doses by the end of the month under an agreement with the Department of Health and Human Services.

Since that won’t be enough for all health care workers, the CDC’s Advisory Committee on Immunization Practices recommended states determine who gets the vaccines first.

In Alabama, Assistant State Health Officer Dr. Karen Landers said the state is leaving that decision up to hospitals and other medical organizations. Likewise, long-term care and assisted living facilities will determine whether residents, staff or both will be the first to get a shot.

Most other states are taking a similar approach, according to Dr. Marcus Plescia, chief medical officer for the Association of State and Territorial Health Officials.

Alabama also is leaving the task of educating health care professionals on the new vaccines up to medical institutions, Landers said.

On Thursday, Pfizer will release detailed data on its clinical trials in a public FDA hearing. A week later the FDA will hold a similar hearing on the COVID-19 vaccine developed jointly by Moderna and the National Institutes of Health.

The same day as those hearings, or shortly thereafter, the FDA is expected to OK the vaccines under what is known as an emergency use authorization. Once authorized, both manufacturers have said they’re ready to begin shipping vaccines.

A substantial minority (39%) said they would not get vaccinated, in part because of the record-shattering speed of the vaccines’ development and the politics surrounding it.

“Skepticism about something as new as this vaccine is reasonable whether you’re a health care worker or not. It’s a brand-new virus and brand-new vaccines developed with brand-new technologies. What could go wrong?” Schaffner asked.

“We need a lot of information and a lot of reassurance. The facts aren’t enough. It will be very important for health care providers to get the vaccine so they can model the behavior and personalize their stories,” he said.

“They can say, ‘I got it. It made my arm hurt for a couple of days, but it was no big deal.’ That will be particularly important for people to hear in local news stories,” Schaffner said.

Both companies say their vaccines are more than 90% effective at preventing COVID-19. And neither has reported extreme adverse effects. A third vaccine, developed by Oxford University in the United Kingdom and produced by drug maker AstraZeneca, also has proven to be 90% effective in clinical trials.

AstraZeneca’s vaccine, which promises to be cheaper and easier to store than Pfizer’s and Moderna’s, is not yet slated for emergency authorization by the FDA.

At the CDC advisory committee meeting last week, public health and medical participants discussed the possibility that COVID-19 vaccinations could cause mild to moderate side effects that would force health care workers to stay home for a day or two.

That could be problematic, with most hospitals already short-staffed and COVID-19 still raging. One solution, the committee suggested, is for hospitals to avoid vaccinating everyone in a single department at the same time.