The only known severe allergic reaction to a COVID-19 vaccine in the United States occurred in Juneau this week, and public-health officials are hoping Alaskans take the rareness of the event into consideration as they think about getting vaccinated.

The hospital worker was released Thursday, after a two-night stay at Bartlett Regional Hospital in Juneau. She and another worker at the hospital both experienced adverse reactions after receiving the vaccine this week. The second worker was briefly treated for a mild reaction at the hospital Wednesday afternoon and released after about an hour.

“We’re definitely hearing some reports of vaccine hesitancy because of it,” Dr. Anne Zink, the state’s chief medical officer, said about the events in Juneau.

But many Americans were safely vaccinated with the Pfizer and BioNTech vaccine this week, Zink told reporters Thursday. And even among people who have heard about the reaction, there are many who are still extremely enthusiastic about getting a dose of the vaccine. Zink described watching a stream of workers get vaccinated one after another with no issues.

“It’s easy to see these things in the news or hear about this one case and generalize it in our minds,” Zink said.

Zink said it’s important to share what happens as the vaccines are given, whether there are adverse reactions or not, to help the public make informed decisions about their own vaccinations. 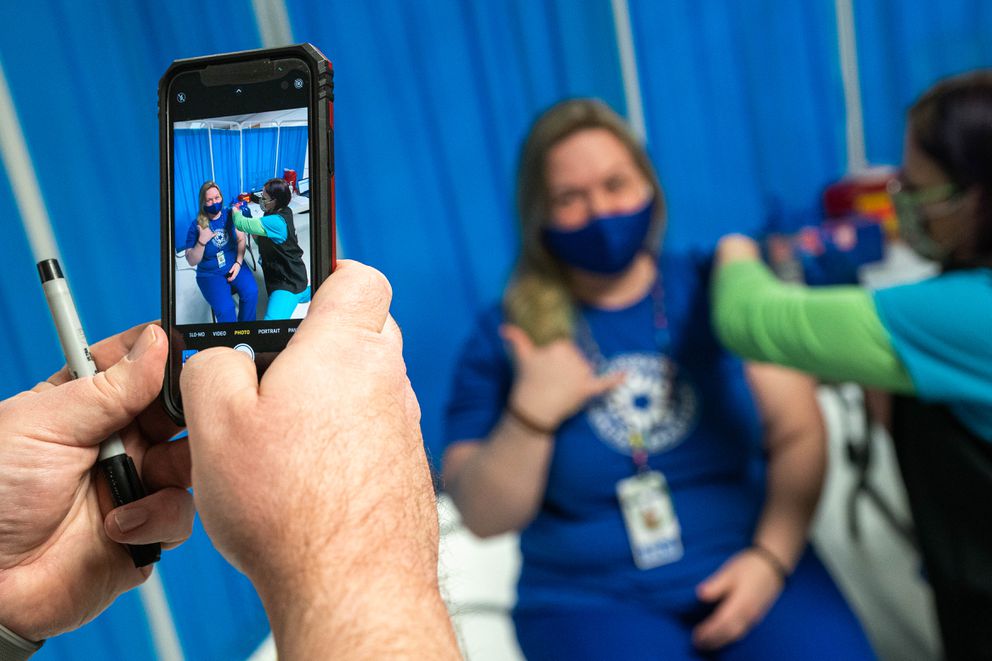 The state is investigating the incidents, along with the Juneau hospital, Pfizer, the Centers for Disease Control and Prevention and the U.S. Food and Drug Administration, Zink said. They’re looking at factors like whether there was a problem with the particular shipment or if the reactions were specific to the vaccine itself, she said.

“We don’t have an answer yet,” Zink said.

“It’s really important to let people know that the mood here at Bartlett is that we are very confident in this vaccine, still confident in our process,” Charlee Gribbon, infection preventionist at the Juneau hospital said Thursday.

While there was some initial concern that the hospital might need to hold back some vials for investigators, Gribbon said they were encouraged to just keep vaccinating.

A few workers canceled their appointments, she said. But they haven’t indicated they do not want the vaccine, rather they’d like some more time before getting it.

In total, two staff members who received vaccinations at the Juneau hospital this week needed emergency treatment afterward. A female staff member experienced a serious but rare allergic reaction and was hospitalized for two nights.

The worker, said “she felt like she was running a marathon and couldn’t catch her breath,” during the reaction, Gribbon said.

“She adamantly continues to encourage her colleagues to go through with getting this vaccine,” Gribbon said.