“We are confident that AmWell is infringing on the patents identified in the lawsuit,” said a Teladoc spokesperson to Healthcare IT News. 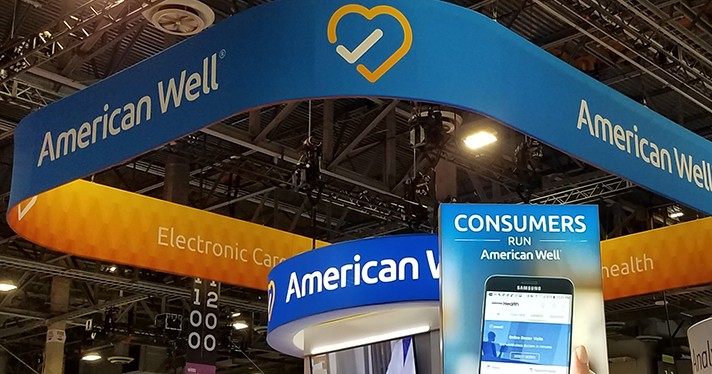 Teladoc and Amwell have carved out large sectors of the virtual care market as the COVID-19 crisis has continued to highlight telemedicine’s usefulness for patients and providers.

Teladoc made headlines earlier this year with its still-to-be-finalized $18.5 billion merger with Livongo, and Amwell filed to go public in August after a $100 million funding boost from Google Cloud.

In the Monday lawsuit, Teladoc asserts that the nine patents at issue were developed by InTouch founder Dr. Yulun Wang and his colleagues while they worked at InTouch.

“The efforts of InTouch and Dr. Wang have resulted in a portfolio of over 130 patents and patent applications,” according to the suit.

Teladoc is asking for a permanent injunction against Amwell from infringement on the patents as well as damages and attorneys’ fees.

Monday’s lawsuit follows a letter Teladoc sent to Amwell in September, in which the telehealth giant said that it would take action to enforce the patents if Amwell didn’t stop selling, offering to sell, making, using and importing the products at issue.

In a filing with the Securities and Exchange Commission, Amwell said it believes Teladoc’s claims “lack merit.”

“Moreover, even if we were found to infringe upon any valid claim of these patents, our revenues from the Carepoints products approximated 5% of our revenues in 2019,” wrote Amwell in the filing.

“We currently face competition in the telehealth industry from a range of companies, including specialized software and solution providers that offer similar solutions, often at substantially lower prices, and that are continuing to develop additional products and becoming more sophisticated and effective,” wrote Amwell in a filing in August with the SEC. “These competitors include Doctor On Demand, MDLive and Teladoc.”