For many voters, the 2020 presidential election was less about red and blue and more about white, as in the white coat.

Healthcare was a dominant issue in the race between the incumbent President Donald J. Trump and Democratic runner Vice President Joe Biden. Not only did the election take place just before the Supreme Court took up the debate over the legality of the Affordable Care Act’s individual mandate, but more importantly, during a once in a lifetime public health crisis.

It was ultimately the candidate who had a hand in crafting the Affordable Care Act (ACA) who garnered over 270 electoral votes – and over 50 percent of votes nationwide – to win the presidency. And that landmark healthcare legislation, which has defined President-elect Biden’s healthcare legacy under the Obama administration, will also likely dominate his administration’s approach to healthcare reform and policy.

But whether the now more conservative Supreme Court strikes down the entire ACA or just parts of it, Biden is also preparing other ways to enact healthcare reform that increases competition, reduces costs, and makes the system less complex to navigate. Industry consolidation, surprise billing, and prescription drug pricing, in addition to ACA perseveration and COVID-19 response, are among the areas Biden intends to address in order to achieve these goals during the next four years as president.

However, a potentially split Congress could make it difficult for the Biden administration to execute strategies for all of those healthcare priorities and more.

So, what should healthcare CFOs and other leaders expect from a Biden presidency? 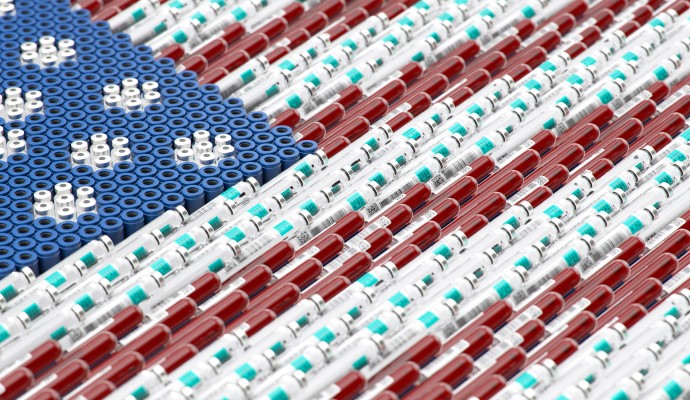 “Broadly, healthcare executives can expect an administration with an expansionary agenda, looking to patch gaps in coverage for Americans, scrutinize proposed healthcare mergers and acquisitions more aggressively and use more of the government’s power to address the pandemic,” says the Health Research Institute at PricewaterhouseCoopers (PwC).

In the following article, RevCycleIntelligence breaks down Biden’s healthcare agenda, including the President-elect’s plans for COVID-19, the ACA, and industry consolidation, as well as other strategies the administration has said it will take to lower healthcare costs.

Healthcare was a top issue in the 2020 election largely because of COVID-19.

The COVID-19 pandemic has been a once-in-a-lifetime event that has had a disproportionate impact on providers. Since the start of the year, providers have struggled to balance everyday operations and a sudden surge of patients sick with a previously unknown and highly contagious virus.

The healthcare industry has been critical of the Trump administration’s response to the pandemic, with major industry groups recently pushing back against claims that physicians and hospitals are inflating COVID-19 numbers to turn a profit.

Biden has promised to take a different approach to the COVID-19 response, and one based on science and transparency, the President-elect says on a new website on Biden’s transition to office.

According to Biden’s transition team, there is a seven-point plan to combat COVID-19. The plan includes:

Key ways the team plans to implement the seven points include a renewable fund for state and local governments; $25 billion for vaccine manufacturing and distribution; 100 percent reimbursement for COBRA coverage for Americans who lost employer-sponsored coverage during the pandemic; more drive-through testing sites; and the invocation of the Defense Production Act to increase PPE supply. Biden has also promised to establish a COVID-19 Racial and Ethnic Disparities Task Force.

The Health Research Institute says Biden’s COVID-19 response plan is a plus for providers who have had to overcome myriad challenges, including PPE shortages, worsening racial and ethnic health disparities, and strategies for opening their doors for elective services after widespread shutdowns.

But again, a split Congress could make it difficult for Biden to execute major COVID-19 legislation, including another massive stimulus package that includes additional funding for CARES Act initiatives, like the Provider Relief Fund.

“The financial conditions for many healthcare providers, in particular, hang on how quickly the pandemic ebbs and whether patients who have long deferred care wind up arriving in hospitals requiring much more expensive and intensive treatment than they would have otherwise,” the Health Research Institute states. “Patients who lose their coverage because of the pandemic’s economic calamity also may seek care without the means to pay for it, leading to increases in uncompensated care and bad debt.”

Many healthcare providers are already seeing increases in uncompensated care and bad debt as a result of COVID-19 and its impact on private healthcare coverage. In fact, nearly half of hospitals have experienced a rise in compensated care and bad debt since the start of the pandemic, and over 40 percent have also seen the percentage of uninsured or self-pay patients increase.