Now a common sight in Spain, hospital staff have been protesting the lack of basic equipment and facilities they need to help fight COVID-19. The latest demonstration took place at the Infanta Sofia hospital in Madrid. The demo only lasted ten minutes as the staff needed to go back to work to care for their many patients.

For those severely ill with the coronavirus, the intensive care unit (ICU) is the last line of defense and Spain is rapidly running out, not only of beds but of the doctors and nurses to staff them.

“They don’t anticipate anything, there was zero foresight – they just improvise,” Itziar Fortuny, a doctor protesting the Spanish government’s handling of the crisis, tells CGTN Europe.

“If they don’t find enough people to hire here, they just take people from other regions,” she says.

“They keep improvising, also with this new pandemic hospital they’re building, when they could have used that money to help the hospitals they already had and it would have cost them less money.”

It’s a criticism repeated all across Spain. The country is in the firm grip of the second surge, and similarly to when the pandemic first struck back in March, Spain’s healthcare system is buckling under the pressure, with 32 percent of ICU beds now being taken up by coronavirus patients.

For those with serious symptoms, it takes on average 7 to 10 days to go from infection to hospitalization. Once admitted, they often have to stay in the ICU for weeks, even as others arrive as the infection rates go up.

And it’s all adding up to more pressure on hospitals. 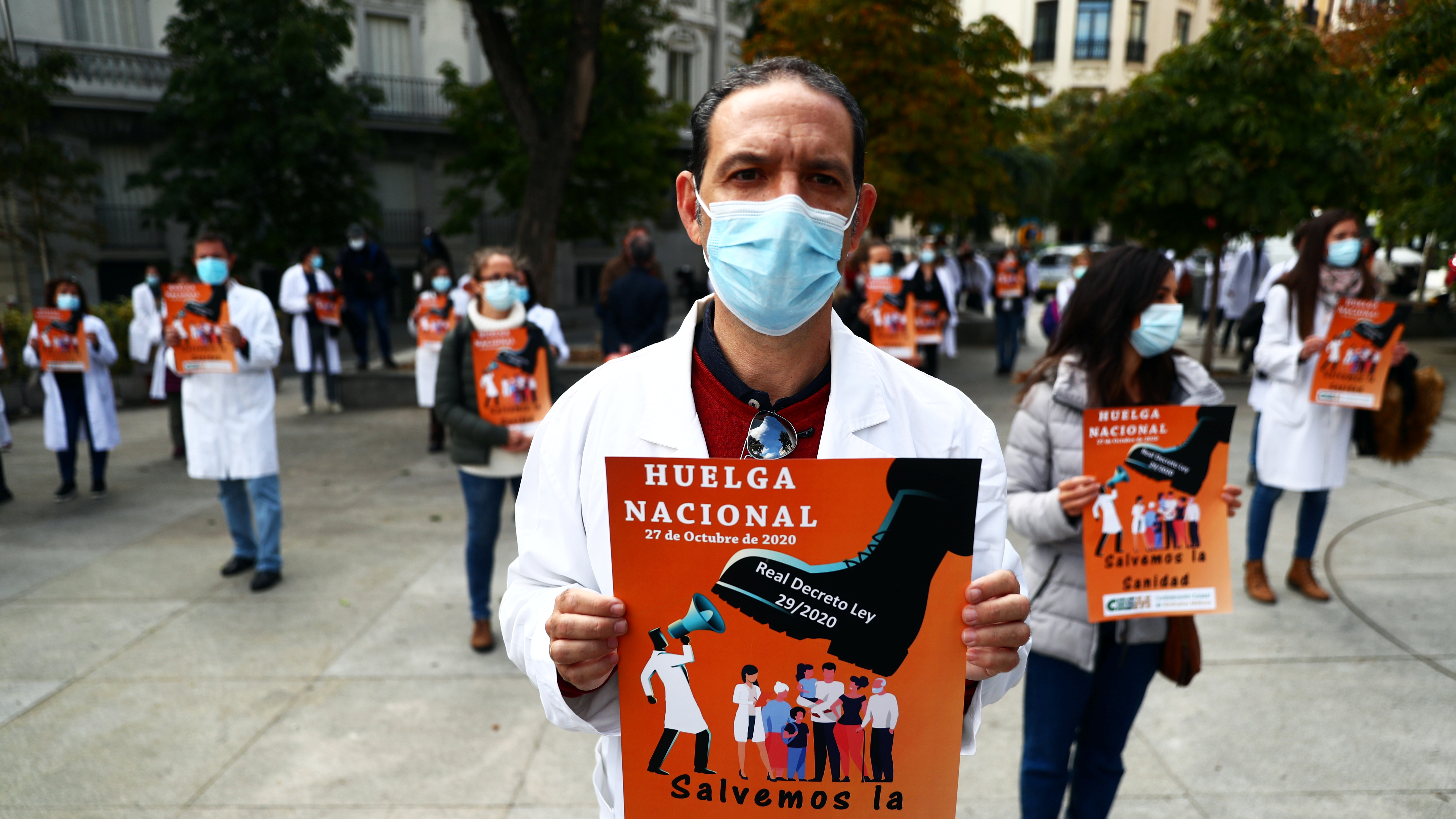 Spanish hospital staff have been protesting the lack of basic equipment and facilities they need to help fight COVID-19. /Sergio Perez/Reuters

The situation is the exact same one the government wanted to avoid when it imposed the second state of emergency three weeks ago. At the time, Spain’s chief medical officer predicted that the country’s ICUs would be struggling by mid-November.

Speaking at the end of October, Fernando Simon said, “If the incidence continues to grow during the next two weeks, it is very possible that by the middle, or third week of November, we will be in a situation, I would not say of collapse, but certainly very critical for the ICU.”

The big fear is that if things continue as they are, there could be a repeat of scenes back in March, where some coronavirus patients were left in hospital corridors as a result of overcrowding.

With the national nighttime curfew seemingly not doing enough to curtail the virus, Spain may need more stringent measures, such as another national lockdown, to make sure such scenes don’t happen again.