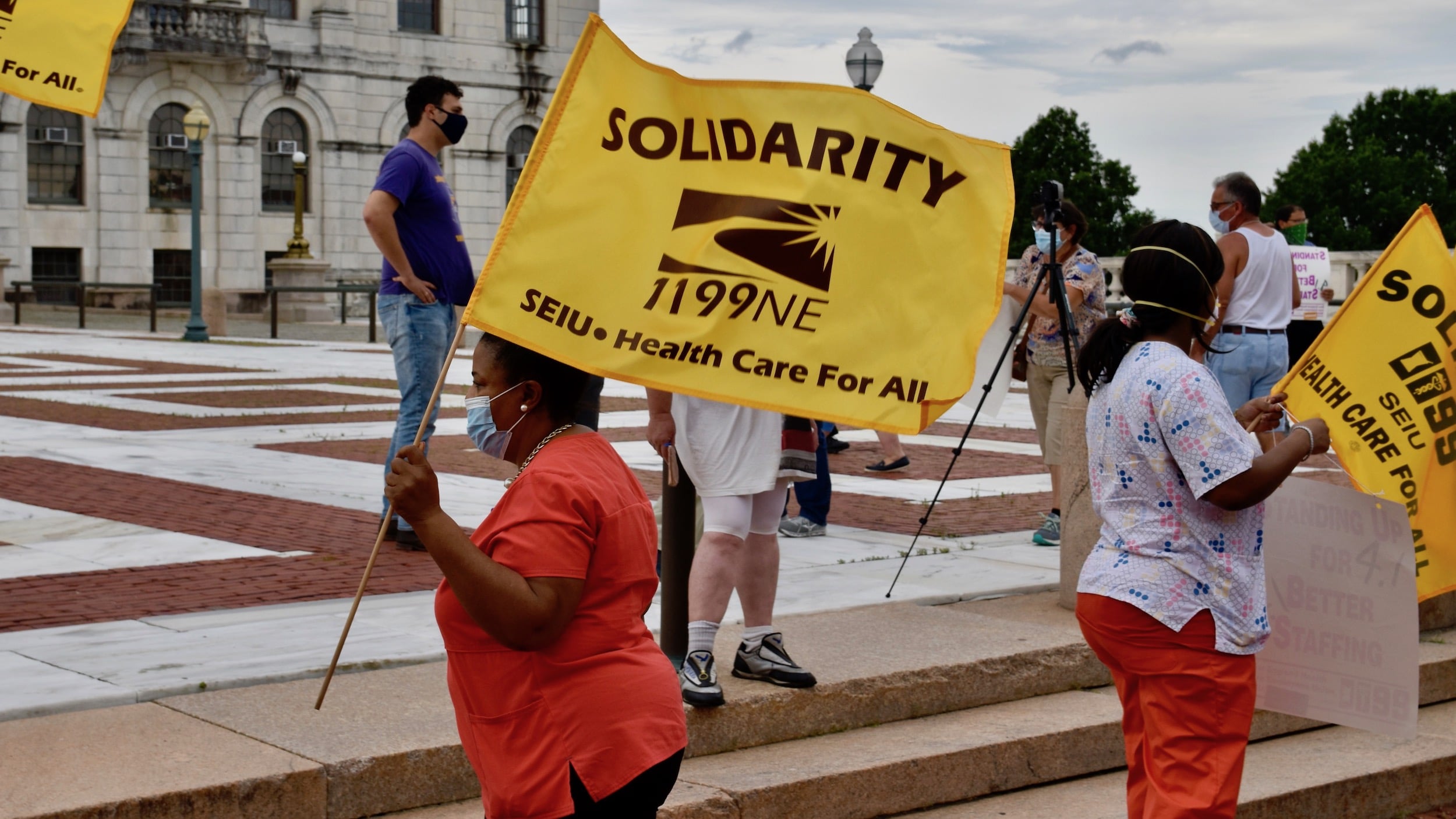 Since the primary, SEIU 1199 helped lift up candidates that supported safe staffing and fair wages for healthcare workers, and held accountable those who did not, leading the campaign to oust House Speaker Nicholas Mattiello (Democrat, District 15, Cranston) who refused to allow a vote on safe staffing legislation. RICHA, the for profit nursing home owners trade association, spent over $70,000 to try to re-elect Mattiello including over $38,000 in direct campaign contributions.

Adanjesus Marin, 1199 NE Lead Organizer, said, “While nearly 900 Rhode Island nursing home residents died of COVID-19, Nick Mattiello tried to kill legislation that would give nursing homes workers the staffing, compensation and support they need. He sold out Rhode Island seniors, pocketing tens of thousands from nursing home profiteers. They tried to reward him for prioritizing their profits over our seniors’ well being; now we need real leadership in the State House that will put the needs of seniors and caregivers above Big Business’ bottom line.”

“COVID-19 is again on the rise but our nursing home heroes are still understaffed, underpaid, and unprepared to keep themselves, their residents and their families safe,” said Patrick Quinn, Executive Vice President of SEIU 1199 NE. “That’s why our union of health care heroes worked hard to help elect candidates who will prioritize the health and safety of essential workers in the midst of this unprecedented crisis, and hold accountable those who have failed to do so.”