A Conway woman was sentenced Monday after reports say she sold a man fentanyl instead of giving him his prescribed medication.

Amy Marie Mishoe, 33, will now face over 11 years in federal prison, after pleading guilty to possession with intent to distribute and distribution of Fentanyl and possession of a firearm in furtherance of a drug trafficking crime.

Evidence presented to the court showed that on April 11, 2018, the Horry County Drug Enforcement Unit executed a state search warrant at Mishoe’s house in Conway.

During the search, DEU found firearms, ammunition, and 132 tablets of Oxycodone.

On March 26, 2019, Loris Police Department responded to a store in Loris in reference to a possible overdose of an individual.

However, reports say Mishoe would not give the individual his medication because he owed her money. Instead, documents further that Mishoe gave the individual three small blue pills for $30.

In June of 2019, ABC15 reported on Mishoe’s involvement in an incident where more than one thousand pills and about $26,000 were seized after a search warrant was served in Galivants Ferry Thursday morning. 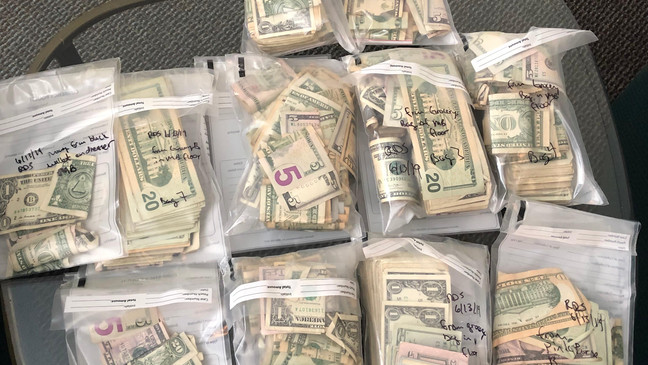 At that time, she was facing 8 counts of distribution 3rd and subsequent schedule I through III controlled substance, DEU agents said.

Chief United States District Judge R. Bryan Harwell sentenced Mishoe to 138 months in federal prison, to be followed by a five-year term of court-ordered supervision. There is no parole in the federal system.