Healthcare workers are at the front of the line to get the COVID-19 vaccine, as Alabama plans to give the injections as early as next week. 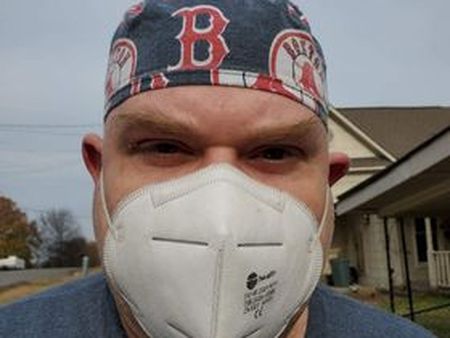 But even among medical workers, some say they won’t take it.

“I will probably observe for a while before I jump on board,” said Rebecca Willis, a nursing professor at Jefferson State Community College in Birmingham, noting that the vaccine companies have not had time to test long-term effects.

Willis is far from alone. According to the CDC, just 63 percent of healthcare workers are willing to get vaccinated. In Alabama, the numbers may be lower. An early poll of hospital staff showed 50 percent would take a vaccine at both USA Health in Mobile and East Alabama Medical Center in Opelika.

The FDA has approved a Pfizer vaccine, and Moderna’s vaccine is up for approval later this month. Worldwide trials found that both vaccines are safe and have rates of efficacy around 95 percent.

For some, the unprecedented speed of vaccine development gives them pause. Alabama Health Officer Dr. Scott Harris said the process was expedited due to the worldwide pandemic, but there were no scientific shortcuts.

“The reason this process has happened so quickly is that these vaccine manufacturers are doing a lot of things in parallel all at the same time that normally they would do one at a time,” said Dr. Harris.

“Somebody has to be first,” said Colbert. “If I can do something to help, I’m that kind of person. I’m always going to be the first one to reach out to help when it’s needed.”

Colbert is a nurse based in the Gulf Shores area who travels for short-term assignments at nursing homes. In the early days of the pandemic, she watched with despair as COVID-19 spread like wildfire among her elderly patients.

“Each day we lost a minimum of one resident every night,” she said of a month-long job in Indiana. At another assignment in Colorado, half of her residents caught the disease. Some did not survive. “It was horrific to watch,” she said.

That’s part of why Colbert is eager to get a COVID-19 vaccine at her next home in Florida, where she traveled on Friday.

But Willis, the nursing professor, said she is listening to a gut feeling about the unknowns. She wants to watch how others do. “I’m a little bit more of a critical thinker, and so I always like to look before I leap,” she said of the FDA approval process.